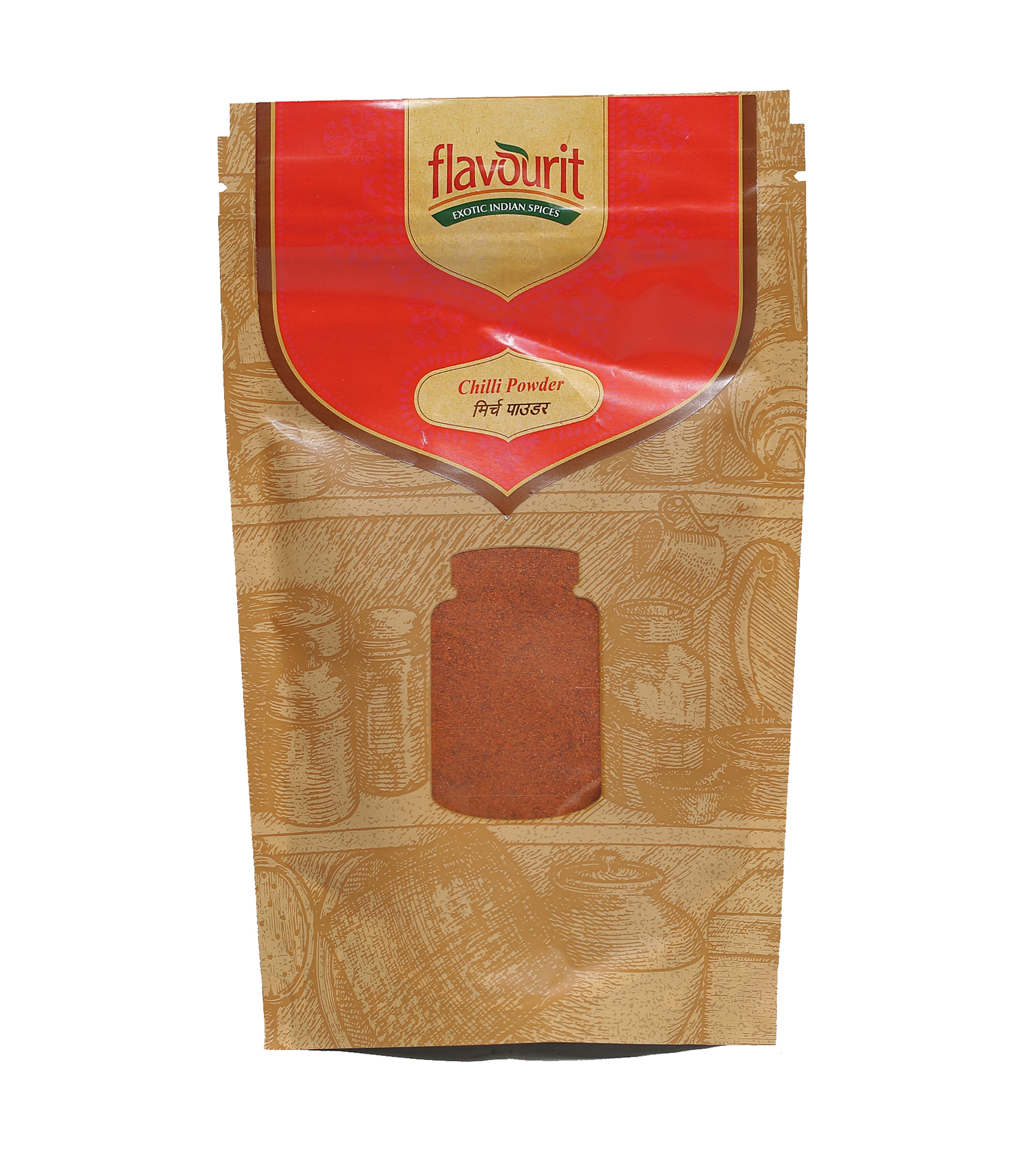 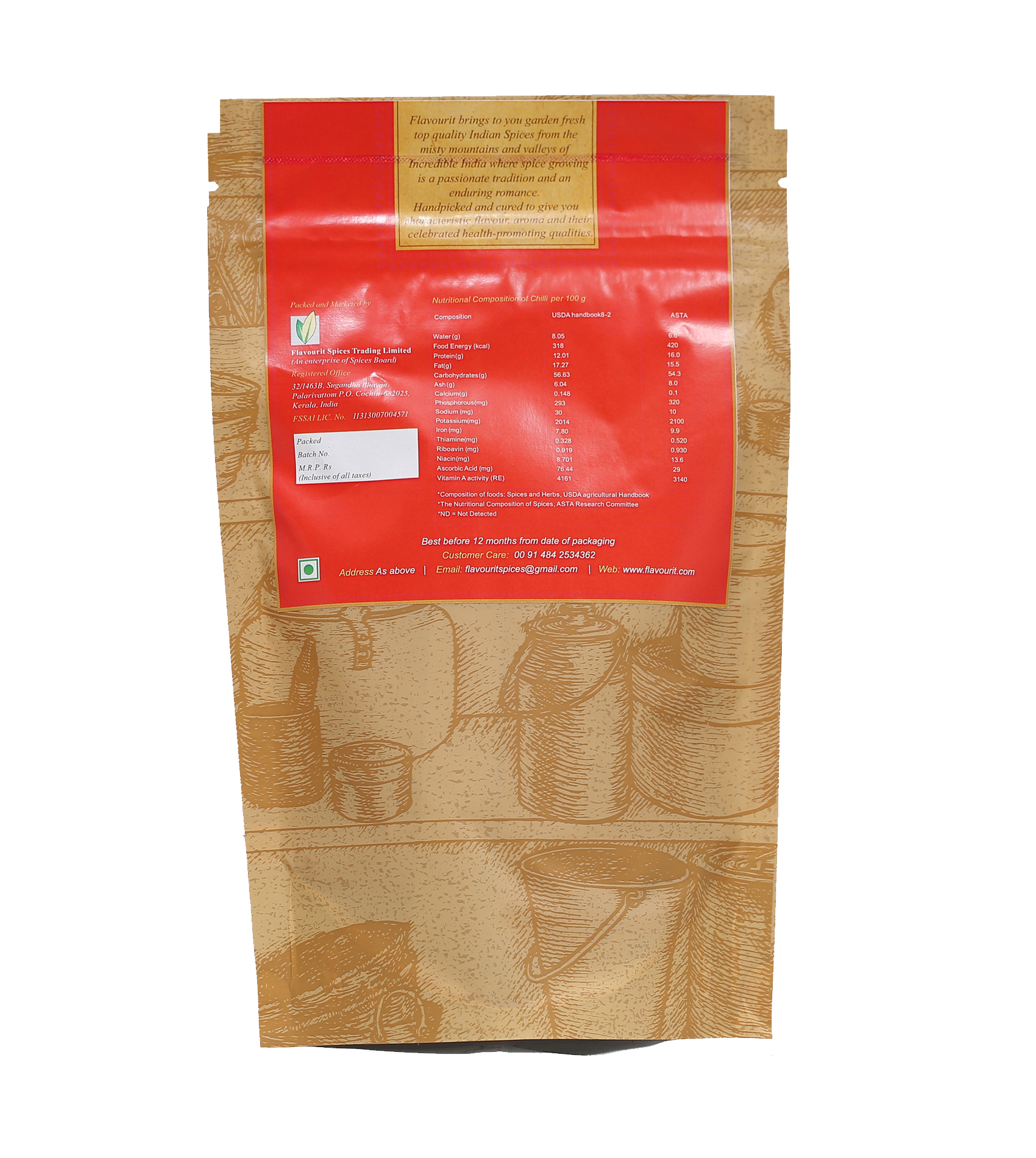 Chilli is the dried ripe fruit of the genus Capsicum. Capsicum annuum is an annual sub –shrub, the flowers of which are borne singly and fruits usually pendent, which provide red peppers, cayenne, paprika and chillies and sweet pepper (bell pepper) a mild form with large inflated fruits.

Capsicum frutescence is a perennial chilly with small sized pods which are highly pungent. It is commonly known as ‘bird chilly’ and ‘Tabasco’.

Flavourit  products have been expertly sourced and hygienically packed so that you get great taste and flavour.Dry chilly is extensively used as spice in curried dishes. It is also used as an ingredient in curry powder and in seasonings. Bird chilly is used in making hot sauces as pepper sauce and Tabsco sauce. Paprika, Bydagi chilly, Warangal chapatta and similar high colour less pungent varieties are widely used for colour extraction. This colour is highly popular among food and beverage processors for its use as a colourant, since this being a ‘natural plant colour’. As a medicine it is used as an counter irritant in Lumbago, Neuralgia, and Rheumatic disorders. Capsicum has a tonic and carminative action. Taken inordinately it may cause gastro-enteritis. The enzyme isolated from chilly is used in the treatment of certain type of cancers. Oleoresin capsicum is used in pain balms and vaporubs. Dehydrated green chilly is a good source of vitamin ‘c’

Flavor and freshness worth the money.